The goal of this project is to make an animatronic device that closely replicates the actions of the character Wheatly from Portal 2, a video game created by Valve Software. 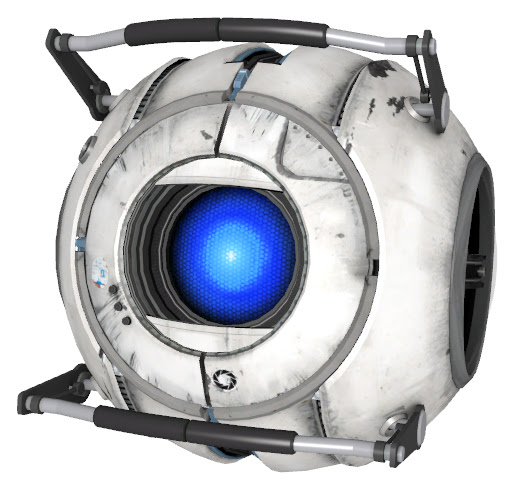 We set up the eye and eyelid similarly to how other animatronic eyes work. This one, for example, is a good display of how we had the eyelids operate.

The eye will used an LED light instead of a facsimile of an eyeball, to better replicate Wheatley. The animatronic eye setup is mounted on a servo in order to have it rotate horizontally. This horizontally rotating portion and servo is then mounted on another servo to rotate it vertically.

These functions work together to simulate the more distinctive motions of Wheatley We left out some motions that are out of our technical reach for this project, like the portions where Wheatley's eye pops out of his body.

The code that is used is a modified version of a code created in MATLAB by Richard Primerano for the accelerometer lab. This code is able to move six servos at a time and have the Wheatley animatronic coded to recreate a scene from the video game Portal 2.

The scene that was recreated is the part in Portal 2 where Wheatley is trying to give the protagonist "Jumping Tips" in order to prevent the worst from happening.


This is our rendition of the scene, with portions modified to be possible with our robot: